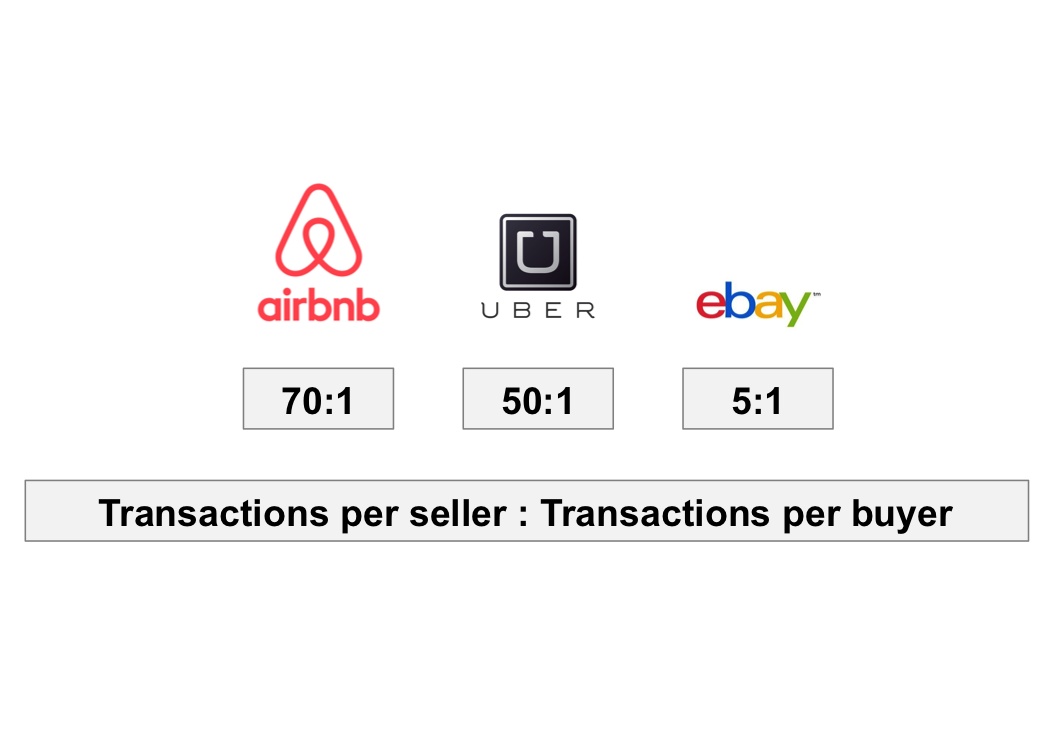 When I spoke with the founders and early employees of famous two-sided marketplaces such as Airbnb and Thumbtack, I consistently heard the same story: acquiring sellers was the focus early on, but it became harder to grow the buyers at a suitable rate over time. This is a natural progression for two-sided marketplaces, and balancing buyers and sellers is probably one of the most difficult problems in the growth stages of a company.

A two-sided marketplace is any platform where buyers and sellers come together to transact: drivers sell their services on Uber to riders, who act as buyers; hosts sell their room nights on Airbnb to the guests that buy them. In order to get initial traction, the marketplaces need both buyers and sellers to use the platform. But why are sellers more important early on? And how quickly should marketplaces grow buyers compared to sellers?

There are two reasons why marketplaces need to grow the number of sellers more quickly early on:

Optimizing the growth in number of sellers and buyers depends on many factors, including timing and location idiosyncrasies. However, the ballpark numbers can be inferred by looking at retention rates and transaction frequencies.

In a marketplace that fully satisfies sellers and buyers, the following equation holds:

By the definition of lifetime value (discount rates are ignored for this analysis since it remains consistent for buyers and sellers),

The gross margin per transaction is the same for buyers and sellers from the point of view of the marketplace. Therefore,

Interestingly, churn also depends on frequency, though the relationship differs by marketplace. In general, though, the less frequent a party performs a transaction, the higher the likelihood of churn.

What this means for Airbnb and Uber

This creates an important contrast to the traditional two-sided marketplace: eBay. eBay sellers do transact more frequently than buyers, but the ratio is an order of magnitude smaller compared to Uber and Airbnb. Growth in these marketplaces cannot be measured the same way as growth was measured for Ebay.